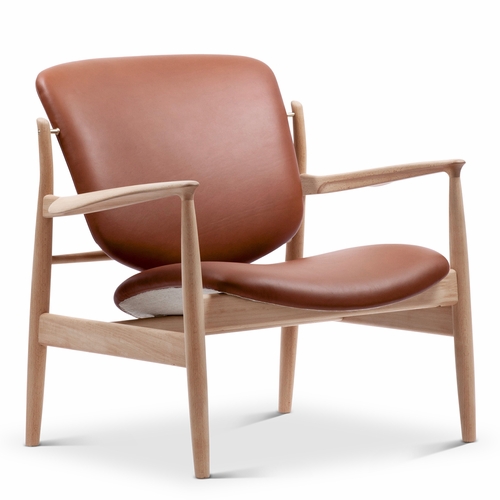 In 1954 France & Daverkosen accounted for 60% of all Danish furniture exports and the factory employed 350 people at its peak. In 1957, the company changed its name to France & Son, when his son James France joined the company. In 1966 the company was sold to Poul Cadovius.

The France Chair, or the FJ 136 as it is also known, was designed for the American market in the late 1950s. It was originally delivered flat-packed as knock-down furniture, which was France's business idea and the main driver for his phenomenal success on the American market. Today, however, the chair is delivered fully assembled.

Though the chair originally was designed for industrial production it still has the characteristic Finn Juhl design details; The seat and back are lifted from the frame while the armrests have the iconic paper knife detail which is also found on the iconic 45 Chair.
newsletter sign-up join us to receive special offers & private sale messages